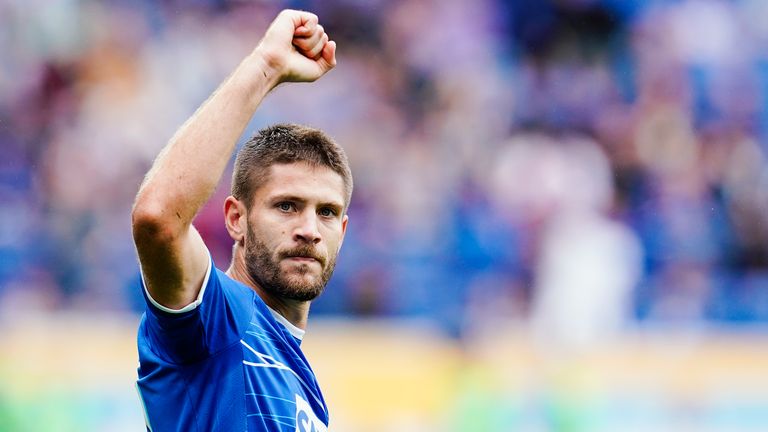 “It is better to be first in the village than second in the town”; Hoffenheim striker Andrej Kramaric reveals how he has found his calling as the Bundesliga club’s all-time top scorer after his learning experience at Leicester City as they made Premier League history.

If there were a quiz question to name the players who featured for Leicester City during the club’s Premier League title-winning season, Andrej Kramaric might be one of the names to catch a few out. He made just two substitute appearances.

The fee of £9m had been a transfer record for Leicester at the time. His story with the club did not last long, even though he witnessed the impossible at the King Power Stadium. But his own story in football was only just beginning. He has proved his worth since.

When Kramaric left Leicester midway through that astonishing season, it was only a loan move to Hoffenheim. That was 2016, this is 2022, but he is still here. Only Robert Lewandowksi has outscored him in the Bundesliga. He is Hoffenheim’s all-time top scorer.

“To score over 90 goals, I never dreamt of that,” he says. “But my plan is not to stop. I hope that I am going to stay fit, feel good and have a lot more minutes on the pitch to score a lot more goals. Every game is important, every goal a small happiness for me.

Asked to reflect on his journey, his contentment is obvious. “I have been here almost seven years and I am very happy here. My family is happy here, we enjoy the life.

“Everything is perfect since I left Leicester City.”

Not that he is blaming anyone else.

“I have to be honest also, I learned so much at Leicester,” he adds.

“It was a big experience for me to see something different. It was kind of my fault I was not 100 per cent fit at that time but I learned a lot. It was something amazing that I will never forget. That is for sure why I am also this kind of player and person at Hoffenheim.”

That is some player. In 2020, on his way to scoring 20 goals in the Bundesliga that season, the great Lothar Matthaus said Kramaric had the potential to play for Bayern Munich.

The following year, Julian Nagelsmann named Kramaric as the best player that the now Bayern coach had ever worked with.

“These words from him mean a lot to me,” says Kramaric.

“It was an amazing three years with him. I learned a lot. I would also say that he was a young coach and learned a lot from us players. It was intense and a really nice time. We had maybe the best results in the history of the club with him.

“Still now, sometimes we talk about him because he had a totally different view of football and training.

“Actually, for every situation in the game he had solutions directly in the moment. That is really hard for a coach.

“It is why I said he was going to be one of the best in the world. I hope he has a lot of years ahead of him, a lot of matches and he is going to win big things. It was a pleasure to play football for him.”

More recently, Kramaric’s game has evolved to become a provider as well as a goalscorer. Last season, he delivered more assists than goals. This season, he has helped on both fronts with Hoffenheim again challenging in the top half of the Bundesliga table.

Now 31, Kramaric is the veteran now, an example to his young strike-partner Georginio Rutter, more than a decade his junior. The France U21 international has huge potential – if he can go on the same journey that Kramaric has already taken.

“He can be an amazing player but of course everything depends on him, more on his head and clear thinking.

“I saw so many potential players in Croatia and all around Europe, these ages are dangerous ages for young players. When you get a lot of money at an early age this is maybe not the best way to be one of the best in the world. Every year you see a lot of potential young players who disappear in a few years.

“He can be a great player.”

Kramaric is already a Hoffenheim great.

“A lot of people asked me why I stayed at Hoffenheim because in the summer I was a free agent. But there was one reason. How much I love this club, how I feel here. After everything I have achieved here, I still feel I could achieve more.

“I am not 18 years old anymore, there are maybe not so many years ahead of me. I have to think also about my family, about myself. I could have maybe used the opportunity to experience something new. Maybe I believe still that I will have time for that.

“But at the moment it was a decision with my family to stay at Hoffenheim because we are feeling great here. I am playing well, feeling well and I hope I will continue like this, scoring goals, winning games and making a bigger history at this club.”

Perhaps it is the final thought that is most pertinent for a player who found himself playing a very small part in making history at Leicester but who has gone on to make it for himself at Hoffenheim.

“I think it is better to be first in the village than second in the town.”