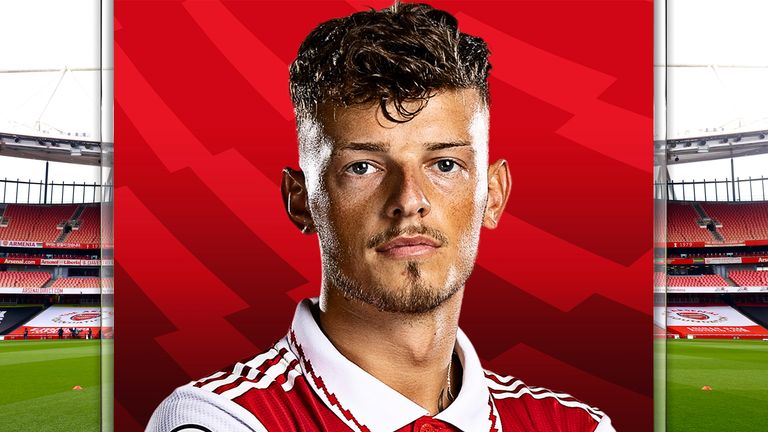 Ben White is shining at right-back for Arsenal this season; 25-year-old has emerged as a strong contender for a place in England’s World Cup squad.

Ben White has excelled for Arsenal this season

Ben White has come a long way since his Arsenal debut in the 2-0 defeat to Brentford on the opening day of last season but perceptions of him are only now beginning to catch up.

The defender struggled to cope with Brentford’s directness that night in west London, Ivan Toney exposing what some felt were shortcomings in his game following his £50m move from Brighton. The fallout was not kind. “I was getting battered,” he later recalled.

It is to his credit how he shook it off, establishing himself as a key player under Mikel Arteta and swiftly winning over any fans left sceptical by his inauspicious start. For many on the outside, though, that high-profile introduction continued to shape opinion.

White found himself in a similar position at the start of this season.

His performance was used by some as proof that he could not cut it in the role. Certainly, there were some awkward moments. For all intents and purposes, though, White was excellent.

He made a total of eight tackles, the joint-most by any player in any Premier League game all season, and helped limit Zaha to a single shot. It remains one of only three games all season in which the Ivorian has failed to register an effort on target.

White has gone on to start every Premier League game at right-back this season. Arteta has described him as a “complete” player – “I love the boy,” he added after Sunday’s win over Chelsea – while Sky Sports’ Gary Neville, one of his early critics, now believes he “has to go” to the World Cup with England.

The growing clamour for White to be included in Gareth Southgate’s 26-man squad is reflective of the way in which perceptions of a player who has long been underrated are beginning to change.

Zaha is not the only difficult opponent White has helped nullify since his switch to right-back at the start of the season.

At Stamford Bridge on Sunday, he was instrumental in ensuring Mason Mount and Pierre-Emerick Aubameyang, both operating from Chelsea’s left-hand side, were barely in the game.

In fact, the latter only had eight touches before his second-half withdrawal, the ex-Arsenal striker at one point taking out his frustration on White with a rash challenge for which he was booked.

Heung-Min Son endured a similarly difficult afternoon in Tottenham’s 3-1 loss to Arsenal at the Emirates Stadium in October. Son, normally so lethal from the left flank, did not even muster a shot all game, something which has only happened on two other occasions since the start of last season.

Far from being a weak spot, Arsenal’s right side has become an area of strength. By looking at the positions from which their opponents have created chances and scored goals this season, it is clear a far higher proportion come down the opposite flank.

White has been helped by the presence of Saliba alongside him.

The Frenchman, named man of the match in Sunday’s win over Chelsea, has been superb since his breakthrough, his pace and positional awareness ensuring he can provide cover when required.

But White’s contribution has been just as important, the 25-year-old making more tackles than anyone else at Arsenal this season, frequently preventing crosses and demonstrating the same covering ability as Saliba, most recently with his superb, back-post clearance from Raheem Sterling’s low cross late on against Chelsea.

White’s performances are of course all the more impressive given he is new to the role. Last season, he played exclusively as a centre-back in a back four. In his final campaign at Brighton, he operated primarily on the right-hand side of a back three.

The ease with which he has adapted to different roles reflects his versatility and tactical intelligence – qualities which should be hugely appealing to Southgate – and it is worth noting, too, that even his perceived weaknesses offer little cause for alarm.

White, a player accused of being vulnerable in the air after the defeat by Brentford last year, has in fact won 57 per cent of his aerial duels while at Arsenal, giving him a similar success rate to team-mate Gabriel Magalhaes and Manchester City’s Ruben Dias.

White is giving Arsenal as much in possession as he is out of it. The move to right-back has changed where he operates on the pitch but it has not made him any less important to their build-up.

He ranks third among Arsenal for touches and passes but what is even more telling is how he is using the ball.

There is a willingness to play forward. In fact, nobody at Arsenal has played more balls into the final third this season than their right-back. “He has a lot of courage to play this game,” says Arteta.

White’s passing ability has long been one of his best attributes and he is helped by levels of technique and composure which allow him to step into central midfield too.

Those qualities were apparent at Stamford Bridge on Sunday.

Twice, once in the first half and once in the second, White took down awkward high balls under pressure from Chelsea players before moving the ball on to team-mates, preventing potential turnovers and allowing Arsenal to keep the hosts pinned back.

White has contributed in an attacking sense too, providing the assist for Granit Xhaka’s goal against Southampton last month and for Thomas Partey’s opener against Tottenham.

At other times, he has helped open up opponents without even touching the ball, his over-lapping and under-lapping runs frequently taking defenders away from Bukayo Saka, whose fine form this season is at least in part down to his growing understanding with White.

When he is not flying forward, White can usually be seen tucking infield, close to Thomas Partey, his technique and passing ability giving Arsenal another option in the centre of the pitch as well as ensuring they are not left exposed to opposition counters.

It is another example of his flexibility and his robustness is another strength. “He always wants to be there, he trains every single day,” added Arteta on Sunday. “Physically, he is a really special player.”

That physical prowess can be seen in the sheer number of games he has played over the course of his career.

During his loan spell under the notoriously demanding Marcelo Bielsa at Leeds in 2019/20, he started every Championship game, playing more minutes than anyone else in the squad.

Across the last four seasons, he has started 127 of a possible 135 league games, becoming indispensable first to Bielsa at Leeds, then to Graham Potter at Brighton, and now to Arteta at Arsenal.

Could Southgate and England be next?

Underrated, but maybe not for much longer.