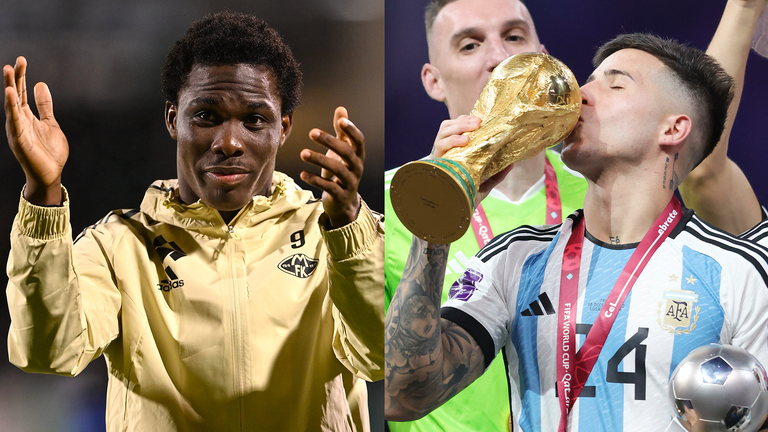 Chelsea’s interest in Enzo Fernandez – who won the World Cup with Argentina and was awarded Young Player of the Tournament in Qatar – faces the stumbling block of Benfica’s asking price; the Portuguese club will not sell him for less than his £105m release clause

Chelsea have agreed a deal to sign Molde striker David Datro Fofana on January 1 and are interested in Benfica midfielder Enzo Fernandez.

The Blues were the Premier League’s big spenders in the summer following the takeover led by Todd Boehly, and they appear to be taking a similar approach for the winter transfer window.

Chelsea have moved quickly to sign 20-year-old striker Fofana, confirming the deal in a statement on Wednesday.

“Chelsea FC has reached a pre-agreement with Molde FK for the transfer of David Datro Fofana,” the west London club said.

“The 20-year-old striker will join the Blues on 1 January 2023. We look forward to welcoming David to the club!”

Chelsea are not stopping there as they set their sights on Benfica midfielder Fernandez, who won Young Player of the Tournament in Qatar for his key role in Argentina’s successful World Cup campaign.

However, the Portuguese club will not sell Fernandez for any lower than his £105m release clause. The 21-year-old, who signed for Benfica last summer, is under contract until 2027.