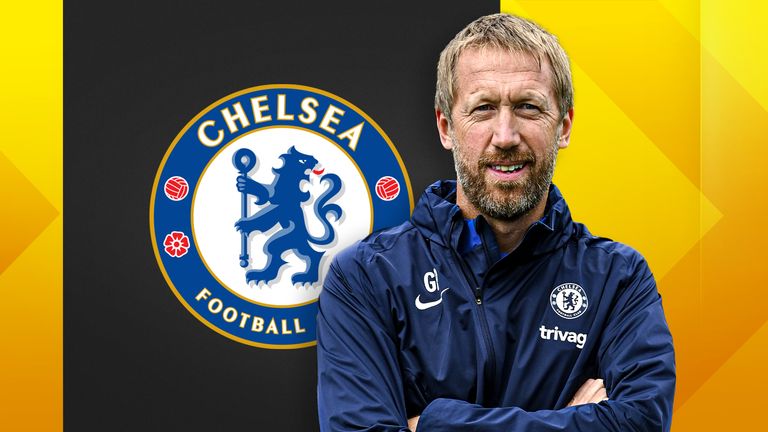 Transfer news, rumours and gossip from Stamford Bridge ahead of the 2023 January transfer window; the window opened on Sunday January 1 2023 and will close at 11pm on Tuesday January 31

After the winter transfer window opened on January 1 2023, we round up Chelsea’s done deals, plus the players linked with moves in and out of Stamford Bridge.

Chelsea are locked in talks with Benfica to sign World Cup winner Enzo Fernandez in January.

With a release clause of €120m, roughly £105m, the Argentina midfielder would become the Premier League’s most expensive signing.

Lukaku: I want to stay at Inter

Romelu Lukaku has said he wants to put his recent troubles behind him and secure a permanent move to Inter Milan from Chelsea.

The 29-year-old is on loan at Inter but sealing a permanent move could be difficult given Chelsea paid the Serie A club £97.5m for him in August 2021.

“Everyone knows what I want,” Lukaku told Sky Italy. “Right now, I have to do whatever is necessary with the team to make Inter win and then we can talk to Chelsea.

“The idea is to finish [my career] with Anderlecht. I’m nearly 30, my son started school here and plays in the Inter academy. I’m fine, Inter always has ambition to keep growing.

“I want to stay here and do things right. I hope to do well with Inter in the next six months, work to the maximum and then at the end we talk to Chelsea and hope to find a solution.”

Chelsea have agreed a £35m deal to sign Monaco defender Benoit Badiashile and he will undergo a medical on Monday.

Sky Sports News reported in late December the west London club were in advanced talks over a deal for the 21-year-old France international.

Badiashile is considered one of the best young left-footed centre-backs in Europe and this has been a profile of player Chelsea have wanted since the summer.

The Blues were the Premier League’s big spenders in the summer following the takeover led by Todd Boehly and they appear to be taking a similar approach for the winter transfer window.

Chelsea have moved quickly to sign 20-year-old striker Fofana, confirming the deal in a statement on December 28.

Who have Chelsea been linked with?

Enzo Fernandez – Chelsea are in talks to sign Enzo Fernandez but remain reluctant to meet the €120m (£105.8m) release clause in the midfielder’s contract at Benfica (Daily Telegraph, January 4); Chelsea transfer target Fernandez returned to Benfica training on Tuesday morning after spending an unauthorised weekend in Argentina (The Sun, January 4); Chelsea are reportedly close to pulling off a £120m deal to sign Benfica midfielder Enzo Fernandez (Daily Express, January 3); Chelsea are in talks over the structure of a club-record deal to sign Enzo Fernandez (Evening Standard, January 3); Fernandez has reportedly risked angering Benfica officials after the Argentine defied club orders not to travel home for New Year, with the star ‘increasing unlikely’ to remain at the club as Chelsea seek to sign the World Cup winner (Daily Mail, January 2); Chelsea have renewed belief they can sign midfielder Fernandez, with Benfica taken aback by the Blues’ latest offer (Daily Express, January 2).

Weston McKennie – Chelsea and Manchester United have suffered a blow in their pursuit of McKennie after Juventus were reportedly contacted by Bournemouth (The Sun, January 4).

Rafael Leao – Chelsea have been dealt a blow after AC Milan made a huge contract offer to Rafael Leao, according to reports (The Sun, January 4).

Alexis Mac Allister – Brighton are confident World Cup winner Alexis Mac Allister will still be their player at the end of January, amid interest from Juventus, Atletico Madrid, Chelsea, Arsenal and Manchester United (The Athletic, January 2); Chelsea have identified Brighton & Hove Albion midfielder as an alternative to Enzo Fernandez if a deal for the Argentine proves too costly (Guardian, December 31).

Jude Bellingham – Jude Bellingham has reportedly been summoned to showdown talks with Dortmund chiefs as Europe’s biggest clubs fight over him (The Sun, January 3); England pair Declan Rice and Bellingham are both costly options for Chelsea but are now seen as priorities (Evening Standard, December 30).

Mykhailo Mudryk – Chelsea are attempting to hijack Arsenal’s move for Mykhaylo Mudryk and [Mudryk’s club Shakhtar Donetsk] are set for talks with the Blues in London this week (The Sun, January 4); Arsenal are set to make an improved bid for Shakhtar Donetsk winger Mykhailo Mudryk after £45m offer was rejected – with Chelsea also interested and the Ukrainian side seeking £85m (Daily Mail, January 2); Chelsea could hijack a move for the Arsenal target (Guardian, December 31).

Andrey Santos – Santos is set to arrive in London on December 30 ahead of his proposed move to Chelsea (The Sun, December 30); Chelsea have reached an agreement to sign Vasco da Gama midfielder Santos, according to reports in Brazil (Metro, December 22); Chelsea have emerged as favourites to sign Santos, the 18-year-old Brazilian midfielder (The Times, December 21).

Joao Felix – Manchester United, Arsenal and Chelsea are all reportedly reconsidering their pursuit of forward Felix due to how much it will cost to sign him on loan for six months (Daily Express, December 29); Chelsea are considering a stunning move to sign Felix on loan in the January transfer window (The Sun, December 27).

Declan Rice – England pair Rice and Jude Bellingham are both costly options for Chelsea but are now seen as priorities (Evening Standard, December 30); Chelsea are leading Manchester United and Manchester City in the race to sign their former academy prospect and now West Ham and England star Rice (The Sun, December 26).

Josip Juranovic – Chelsea are one of a number of clubs looking at Celtic right-back Juranovic, with Barcelona also interested (Sky Sports News, December 28).

Youssoufa Moukoko – Chelsea and Barcelona have been handed a boost in their transfer pursuit of the striker by Borussia Dortmund (Daily Mail, December 27); Chelsea face competition from Manchester United and Liverpool for Borussia Dortmund’s Moukoko, but interested clubs will have to convince the 18-year-old German that he will not be signed to sit on the bench (The Times, December 15).

The players linked with a Chelsea exit

Jorginho – Jorginho has received the offer of a new contract at Chelsea, the player’s agent has confirmed (Evening Standard, December 30); Newcastle have made Chelsea midfielder Jorginho their “prime transfer target” (Daily Mail, December 28).

Edouard Mendy – The Chelsea goalkeeper has snubbed a new six-year contract at Stamford Bridge because he believes the club are not showing him enough “respect” over wages (The Sun, December 23).

N’Golo Kante – Chelsea are growing optimistic that N’Golo Kante will sign a new contract at Stamford Bridge and not leave in the summer when his current deal expires (The Times, December 30); Cristiano Ronaldo’s potential next employers Al-Nassr are also keen on Chelsea’s impending free agent Kante (The Sun, December 26).

Mason Mount – Juventus are reportedly plotting a sensational swoop for Mount as his Chelsea contract continues to tick down (Calciomercato, December 12).

Romelu Lukaku – Lukaku has said he wants to put his recent troubles behind him and secure a permanent move to Inter Milan from Chelsea (The Guardian, January 2).

Jorginho – Jorginho has received the offer of a new contract at Chelsea, the player’s agent has confirmed (Evening Standard, December 30).

N’Golo Kante – Chelsea have made positive progress in talks over a new contract for Kante and there is now increasing confidence that the France international will commit his future to the club (The Athletic, December 29).

Mason Mount – Juventus are reportedly plotting a sensational swoop for Mount as his Chelsea contract continues to tick down (Calciomercato, December 12).