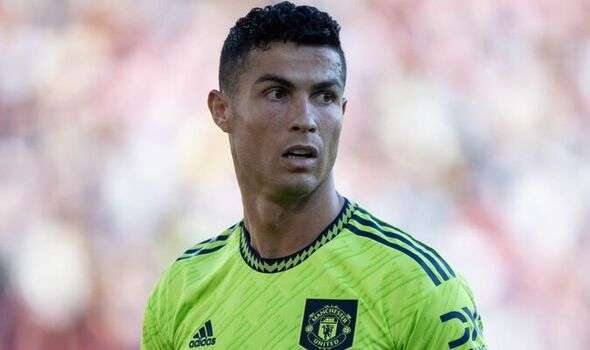 Cristiano Ronaldo has promised Manchester United supporters that he will reveal the “truth” in a few weeks’ time amid reports he is continuing to search for an exit from Old Trafford.

Ronaldo wants to leave Man Utd this summer after they failed to qualify for the Champions League. The forward holds the competition records for goals, assists and appearances and, at 37, is keen to add to his tally.

The Portugal international has been linked with a number of Europe’s top clubs, including Chelsea and Atletico Madrid, although there are senior figures at both sides that are not convinced about the move.

Man Utd’s stance this summer has been that Ronaldo is not for sale and, while that remains the case, they could be open to his exit if Erik ten Hag decides it would be best for the team.

There have been reports the new manager is unhappy with Ronaldo’s attitude amid his desire for an exit. The former Real Madrid forward cut a frustrated figure during Man Utd’s 4-0 humbling at the hands of Brentford last weekend, while he was left out of the starting XI for the season opener at home to Brighton, which ended in a 2-1 defeat.

With questions continuing to be asked about his future, Ronaldo has now taken to Instagram to assure Man Utd fans that, “you’ll all know the truth when I do an interview in a few weeks’ time.”

Ronaldo added: “The media only spouts lies. I have a notebook and out of the last 100 news stories that have been written (about me), only five have been accurate. You can imagine the way things are. Bear that figure in mind.”

Neville: Stand up now and speak

Ronaldo’s social media comments have added to the drama surrounding Man Utd as they bid to recover from their torrid start to the season, with a game at home to bitter rivals Liverpool on Monday Night Football next up for Ten Hag’s embattled side.

Former Man Utd captain Gary Neville has questioned Ronaldo’s stance, tweeting: “Why does the greatest player of all time (in my opinion) have to wait two weeks to tell Manchester United fans the truth?

“Stand up now and speak. The club is in crisis and it needs leaders to lead. He’s the only one who can grab this situation by the scruff of the neck!”

Speaking earlier this week on Monday Night Football, Neville said he believed Man Utd could finish in the bottom half of the Premier League this season if Ronaldo is allowed to leave the club.

“The problem they have now is if they lose him, there’s nothing left in terms of the goal-scoring part of the pitch,” Neville said.

“I think that is a bottom-half-of-the-table team. That is a massive statement that may look stupid at the end of the season.

“They are demoralised and shot to pieces, it is really bad in there. They have gone back to default.”