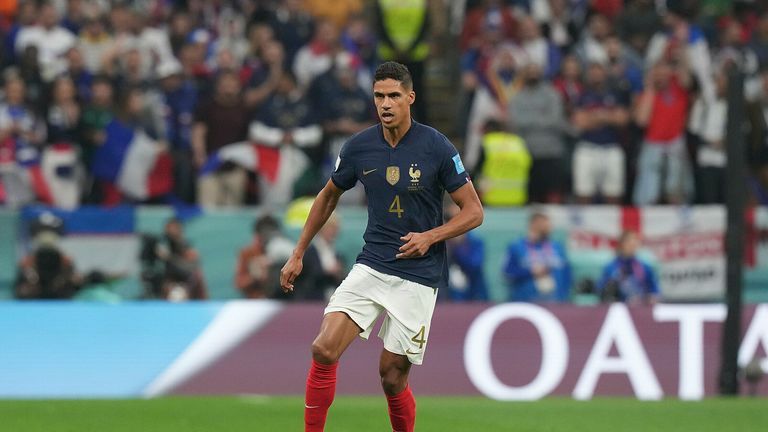 France boss Didier Deschamps on Karim Benzema: “I have players who have been injured before. Karim is one of them. The last to be injured is Lucas Hernandez. Since then, I have 24 players to manage. Asking the question vis-à-vis (with regard to) these players, it’s awkward.”

Didier Deschamps branded questions regarding a potential return for Karim Benzema to the France squad as “awkward” ahead of Sunday’s World Cup final against Argentina.

France beat Morocco 2-0 on Wednesday to set up a mouth-watering showdown with Argentina. Straight away, there was plenty of talk around Kylian Mbappe’s battle with PSG team-mate Lionel Messi in the final, but also rumours began to emerge about a shock return for striker Karim Benzema.

The Real Madrid forward was ruled out of the World Cup after suffering a thigh injury in France’s first training session in Qatar.

Deschamps did not replace him in the squad and it was thought the Real Madrid striker could be available for selection, if he was deemed fit enough.

In his post-match press conference after the semi-final win against Morocco, Deschamps refused to rule out what would be a sensational return for Benzema. The France boss was asked: “There’s a report today that Benzema could come back to Qatar. First of all, is it true? And is there any possibility that you could use him for a few minutes if you needed him?”

Deschamps looked exasperated, then smiled and replied: “I don’t really want to answer that question. Next question. I do apologise.”

And in a press conference ahead of Sunday’s World Cup final, Deschamps ruled out a return for the Ballon d’Or winner, saying questions regarding Benzema were awkward.

He said: “I have players who have been injured before. Karim is one of them. The last to be injured is Lucas Hernandez.

“Since then, I have 24 players to manage. Asking the question vis-à-vis (with regard to) these players, it’s awkward to say the least, if not a little more. The group is there.

“I don’t care about invitations from players, former players or injured players. I don’t know who will be there. We had a group at the start and who, from what happened… We lost three, with Nkunku at the beginning. They were part of the beginning of the adventure.

“They will be 24 important players for France tomorrow”.

Christopher Nkunku has received clearance from RB Leipzig to attend the showpiece match against Argentina and could travel with them.

However, it remains unclear whether Benzema will also fly out to support the national team.

France fit and firing ahead of final

Meanwhile, Didier Deschamps had a full complement of players by the end of France’s final training session for the World Cup final.

Raphael Varane and Ibrahima Konate, who were reintegrated in the group during the afternoon after recovering from the virus sweeping through the squad, took part in the session normally.

Kingsley Coman, who had been isolating for longer, was seen doing drills separately. Aurelien Tchouameni (hip) and Theo Hernandez (knee) sat out Friday’s training but featured on Saturday.

Deschamps and France captain Hugo Lloris remained tight-lipped on the effect a virus that has swept through the French camp is having ahead of Sunday’s final.