England, Wales and other FAs ignore FIFA’s plea to ‘focus on football’ at Qatar World Cup 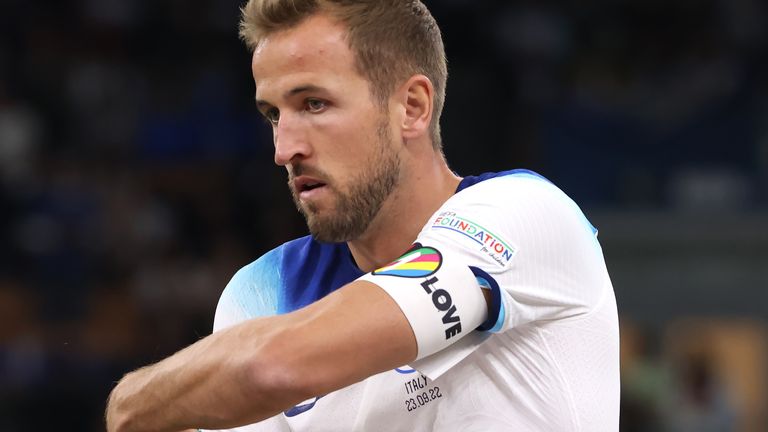 The FIFA leadership issued the plea to “focus on the football” in a letter revealed on Thursday night, just after it had been sent to the 32 World Cup finalists

The English FA and Welsh FA insist they will continue to campaign on human rights issues and compensation for migrant workers in Qatar after FIFA told World Cup teams to keep politics and lectures on morality out of the tournament.

The FIFA leadership issued the plea to “focus on the football” in a letter revealed exclusively by Sky News on Thursday night, just after it had been sent to the 32 World Cup finalists.

The English and Welsh football associations issued a joint statement with eight other European federations as part of a UEFA Working Group on Human and Labour Rights, saying they will continue to press on off-field issues.

They recognised Qatar’s progress in improving working conditions and saying LGBTQ+ fans would be welcome despite same-sex relations being criminalised in the conservative Gulf nation.

But the European nations said: “We also recognise that every country has issues and challenges, and we agree with FIFA that diversity is a strength. However, embracing diversity and tolerance also means supporting human rights. Human rights are universal and they apply everywhere.”

FIFA sent the letter last week, as the European nations had been seeking assurances by last week from FIFA that there would be compensation for any deaths of migrant workers in Qatar.

The UEFA working group said in a statement: “FIFA has repeatedly committed to deliver concrete answers on these issues – the compensation fund for migrant workers, and the concept of a migrant workers centre to be created in Doha – and we will continue to press for these to be delivered.

“We believe in the power of football to make further positive and credible contributions to progressive, sustainable change in the world.”

The UEFA group also featured Belgium, Denmark, Germany, the Netherlands, Portugal and Switzerland, who will be playing in Qatar, as well as non-qualified nations Norway and Sweden.

They said they were reacting “to the latest developments and public discussions related to challenges in the host country off the pitch, before the sport shall soon take centre stage”.

FIFA president Gianni Infantino and secretary general Fatma Samoura wrote to them last week, saying: “Please do not allow football to be dragged into every ideological or political battle that exists.”

Captains from nine European countries, including England and Wales, are planning on wearing OneLove armbands at the World Cup as part of an anti-discrimination initiative, and in support of the LGBTQ+ community.

Jurgen Klopp says players should not have to answer questions on Qatar’s eligibility to host the World Cup, and insists the football world, in particular the media, did not criticise the 2010 bid award enough.

He said: “I watch it from a football point of view and I don’t like that players, from time to time, get in a situation where they have to send a message. You are all journalists, you should have sent a message. You didn’t write the most critical article about it – and not because it is Qatar and things. No. About the circumstances, which was clear.

“There we are guilty. Now we are telling the players you have to wear this armband and if you don’t do it you are not on their side and if you do it you are on their side. No, no it is footballers, it is a tournament, and we have to organise it. Players go there and play and do the best for their countries, it has nothing to do with the circumstances.

“I see already in the news, ‘How is it being here?’, and this kind of thing and it is all not OK for the players. It’s a tournament, it’s there, and we all let it happen and it’s fine because 12 years ago nobody did anything then. We cannot change it now, go there.”