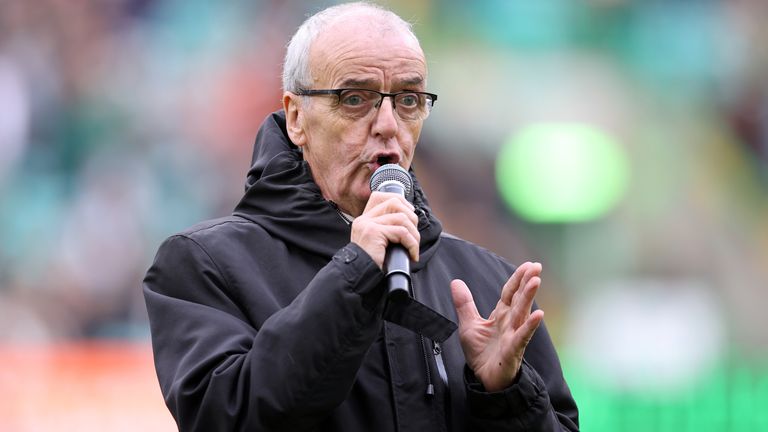 Former Celtic, Scotland and St Mirren striker Frank McGarvey has died aged 66; McGarvey was previously diagnosed with cancer and spoke about his illness at Parkhead in October of last year; the forward was capped seven times by Scotland

Celtic have announced the death of former player Frank McGarvey at the age of 66.

The former Celtic, St Mirren and Scotland striker was diagnosed with cancer in October and passed away on New Year’s Day morning.

McGarvey won the Scottish Cup with St Mirren and Celtic, while he also won two top-flight titles and the League Cup at Parkhead, as well as being capped seven times by his country.

Before joining Celtic, he played for Liverpool after making a £270,000 move from St Mirren, but his career there lasted just 10 months.

A Celtic statement read: “Everyone at Celtic is extremely saddened to hear of the death of former striker, Frank McGarvey, who passed away earlier this morning (January 1) at the age of 66.

“Frank spoke to supporters at Celtic Park ahead of the game against Hibernian back in October to thank them for all their support over the years, and in particular, more recently following the news that he was battling cancer.

“The thoughts and prayers of everyone at Celtic are with Frank’s family at this extremely sad time.

His son, Sean, tweeted on Sunday morning: “Our much loved Dad sadly passed away this morning with his family by his side.

“We are so thankful for all the support we have received over the past few months.”