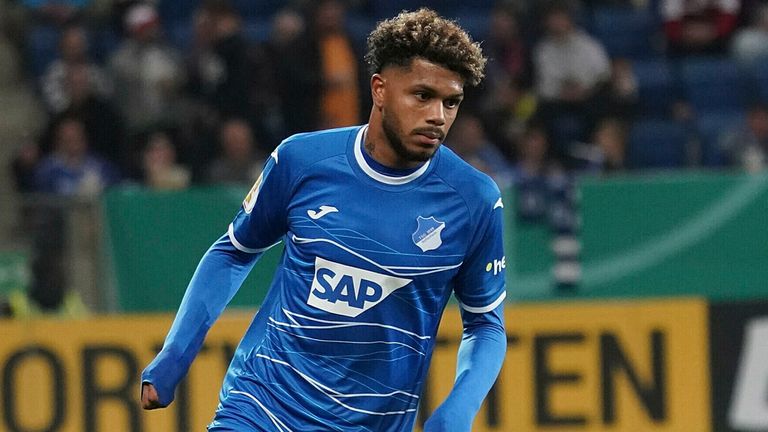 Leeds have broken their transfer record to sign forward Georginio Rutter from Hoffenheim for £35.5m.

The deal comes after negotiations between the two clubs earlier this week, with the move for the France U21 international surpassing the club’s previous record transfer fee of £27m paid for Rodrigo from Valencia in August 2020.

Rutter, 20, has signed a five-and-a-half-year contract at Elland Road, with his deal running until the summer of 2028.

He told: “There’s a lot of emotion today. It’s an important day. I’m very happy to be here and I’m very excited to start.

“I run and I bring a lot of energy to the pitch. I like dribbling and playing beautifully, scoring goals and getting assists. I hope [I can get the goals that take Leeds up the table].”

Rutter scored twice in 17 games in all competitions for Hoffenheim this season and has an overall record of 11 goals in 64 appearances for the Bundesliga side.

Rutter has joined Leeds from Hoffenheim for a club-record £35.5m

He is the second signing of the January window for Leeds, after they brought in Austrian defender Max Wober from Red Bull Salzburg for a fee in the region of £11m.

Rutter is ineligible to play in Wednesday’s FA Cup third-round replay with Cardiff City but will be introduced to the crowd ahead of kick-off at Elland Road.

He could make his Leeds debut in the Premier League fixture at home to Brentford on Sunday January 22.

Who will be on the move this winter? The January transfer window opened on Sunday January 1, 2023 and closes at 11pm on Tuesday January 31, 2023.

Keep up to date with all the latest transfer news and rumours in our dedicated Transfer Centre blog on digital platforms. You can also catch up with the ins, outs and analysis.