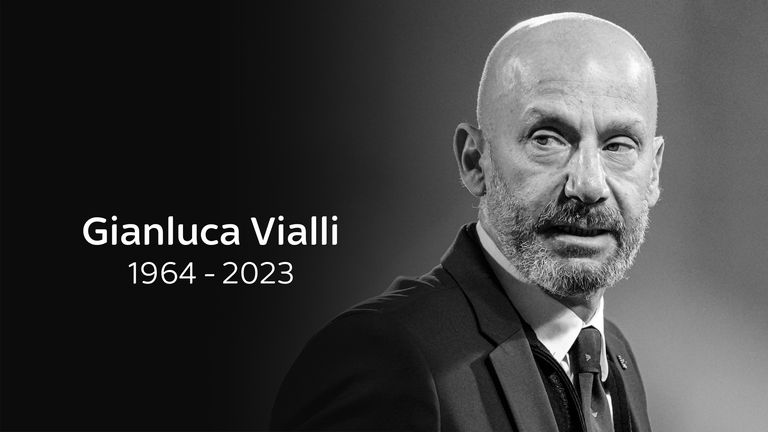 Gianluca Vialli left his role as a coach with Italy in December, citing his need to undergo treatment for pancreatic cancer; the former Italy and Chelsea striker was diagnosed with the disease for a second time in 2021, after first being treated for the illness in 2017

Gianluca Vialli has died at the age of 58

Gianluca Vialli, the former Italy and Chelsea striker, has died aged 58 after a long battle with pancreatic cancer.

Vialli was first diagnosed with pancreatic cancer in 2017 and then for a second time in 2021, shortly after Italy’s Euro 2020 triumph.

He left his role with Italy in December, citing his need to undergo treatment for the disease.

Vialli played for Cremonese, Sampdoria and Juventus before joining Chelsea in 1996.

In 1998 he became player-manager of the Blues following the departure of Ruud Gullit and that year led the club to glory in the League Cup, UEFA Cup Winners’ Cup and UEFA Super Cup.

Vialli finished his playing career at the end of the 1998/99 season to focus on management and Chelsea would win the FA Cup and Charity Shield in 2000 under the Italian, before he was sacked early in the 2000/01 season.

Vialli played 59 times for Italy, scoring 16 goals, and had most recently been the national side’s head of delegation.

More to follow…This is a breaking news story that is being updated and more details will be published shortly. Please refresh this page for the latest updates.