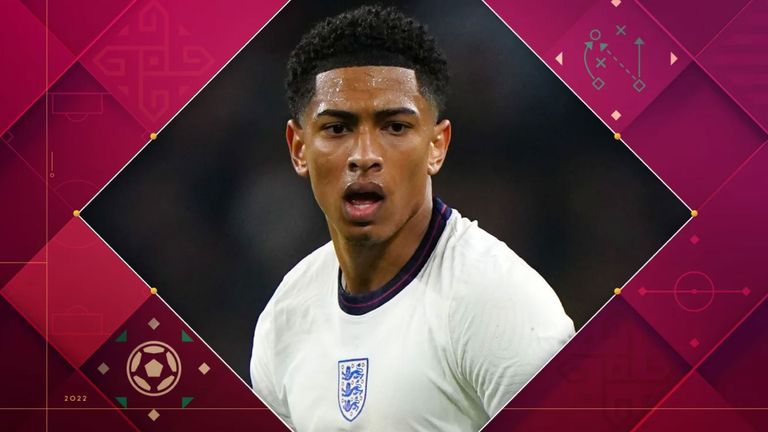 Jude Bellingham is the top-valued player at the World Cup, according to a study by the CIES Football Observatory

The England World Cup squad is valued at a tournament-topping £1.31bn and Jude Bellingham is the top-valued player, according to a study by the CIES Football Observatory.

The numbers estimate Southgate’s 26-man squad has a combined value more than two-and-a-half times the sum of Lionel Scaloni’s side – despite Inter forward Lautaro Martinez being priced at a cool £86.7m.

Wales’ squad ranks 23rd out of the 32 teams at just £158.m, which is less than eight times the value of their British counterparts – with Nottingham Forest forward Brennan Johnson registering a team-high £22.8m valuation.

At the other end of the scale, Costa Rica’s entire 26-man squad would cost merely £20.1m – which could be snapped up 65 times to match the England squad’s value.

England midfielder Bellingham will be the most valuable player in Qatar with a £176.9m price tag – which is nearly £50m more than Borussia Dortmund would reportedly demand for the 19-year-old.

Time to shine for Bellingham?

Could this be Jude Bellingham’s time? The midfielder became the youngest player to feature for England at a major tournament when he came off the bench in the 1-0 win over Croatia at Euro 2020 aged 17 years and 349 days old, going on to play a total of 56 minutes on their run to the final.

This time, he will hope to figure much more prominently.

Bellingham has accrued invaluable experience over the course of the last year, both internationally, winning 17 caps in total, and at club level, where his importance to Borussia Dortmund has continued to grow.

Bellingham started all but two of Dortmund’s 34 Bundesliga games last season and he is yet to miss a minute in the new campaign, his performances attracting interest from Liverpool and prompting Dortmund to place an eye-watering £130m price-tag on his head.

Gareth Southgate might just find it impossible to overlook him in Qatar. Declan Rice is of course a guaranteed starter, while Kalvin Phillips is deemed similarly important in his midfield.

But Phillips will not be coming into the tournament anywhere near as well prepared as Bellingham due to his recent injury problems and lack of playing time for Manchester City, and that could demand a rethink.

Recent evidence suggests Bellingham will be ready to seize his chance. He is still a teenager having only turned 19 in June but his burgeoning talent, and his combination of physical and technical prowess, could make him crucial for England this winter.