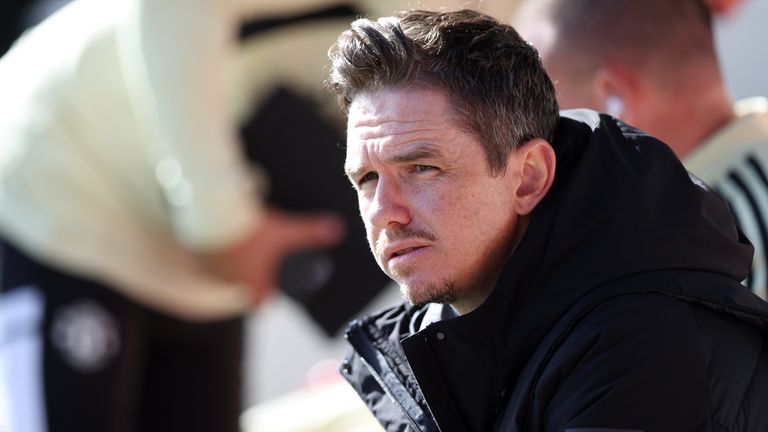 Lionesses forward Bethany England last week joined Tottenham from Chelsea for an undisclosed sum widely believed to be a Women’s Super League record, while fellow European champion Keira Walsh’s pre-season move to Barcelona is understood to be among the most lucrative deals ever signed by a female footballer.

While Skinner welcomed players increasingly benefitting from higher compensation, he was wary of what the rising costs could mean for clubs without bigger budgets.

He said: “I think fortunately or unfortunately, yes, it’s whichever way you look at it for the game and for the growth of the players, and for the infrastructure and the product for the fans to watch.

“(But) the excitement around (England’s deal) just helps the fan base grow. It’s something to talk about. It helps our fans to grow, connect. I think (the record fees) are going to keep going that way. It’s not going to stop now.”

It was reported that Walsh’s fee was more than €350,000 (£310,000), but Barcelona women’s general manager Markel Zubizarreta told Spanish outlet Mundo Deportivo the club paid under that amount for the midfielder without revealing by how much less.

Pernille Harder was understood to be the record holder before Walsh’s move, her deal with Chelsea believed to be worth about £250,000.

Skinner’s side sit third in the Women’s Super League table on 22 points, five behind leaders Chelsea, though United have a game in hand as do second-placed Arsenal with 24 points.

United host ninth-placed Liverpool on Sunday, the same day the top two meet at the Emirates, so a win would narrow the gap for Skinner’s side.

The United boss is still looking at potential moves and agreed the chance for more playing time in this summer’s World Cup, combined with the acceleration of and investment in the WSL, has made the English top flight “the league that everybody wants to play in. Whenever we speak to players, there’s no doubt they see the WSL as the main league”.

England’s departure from three-time defending champions Chelsea was quickly followed by news that Arsenal stalwart Jordan Nobbs had joined Aston Villa, with many speculating the moves were part of both players’ efforts to impress England head coach Sarina Wiegman ahead of the World Cup.

While Skinner was cautious about what expensive deals might mean for clubs with fewer resources, he agreed that big-name players moving to clubs lower down the table could only have a positive effect on the overall picture.

He added: “I think it’s a really good thing, because it shows that clubs are happy to invest. I’ve been at clubs before where it’s hard to attract players. For the likes of them to attract players I’m not surprised, it’s part of their growth.

“I think what it will do is it will make the league more exciting, those players will make their teams better and it will be more challenging, for us and for everybody else above and below us.”