Premier League friendlies: How is your club preparing for when the season resumes? 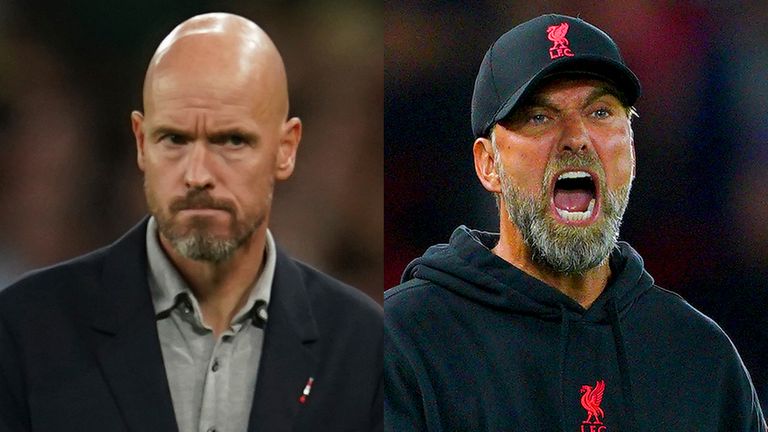 With the World Cup grinding the Premier League to a halt for six weeks, managers and clubs have been finalising their plans for the mid-season break; Everton head to Australia while Newcastle are among clubs to set up friendlies

What are Premier League clubs planning this month?

The Premier League has now halted to accommodate a winter World Cup for the first time, but how are clubs preparing for when the season resumes?

Players selected for the tournament have now begun departing for Qatar, and the latest round of completed fixtures will be the last in the league until Boxing Day – eight days after the World Cup concludes – with those clubs still in the Carabao Cup playing their fourth-round ties in the week leading up to Christmas.

Clubs have been putting the finishing touches to their plans for the unprecedented mid-season hiatus, as they attempt to maintain the fitness of those players not heading out to the World Cup.

Mikel Arteta will take Arsenal on a training camp to Dubai during the World Cup. The first-team squad made the same trip last January having been knocked out of the FA Cup in the third round.

The Gunners has been looking at possible destinations for a warm-weather training camp and Dubai has emerged as the preferred option.

It is a suitable venue as players who drop out of the World Cup can make the short excursion to join up with their team-mates. Arsenal will head out at the start of December and stay there until the middle of the month.

The Athletic report that Arsenal will also arrange three friendlies during the course of the break which are yet to be confirmed.

French outlet Le Progres have reported that Arsenal will face Lyon in Dubai but this has not yet been confirmed by the clubs. The Daily Mirror also claim that the Gunners will take on AC Milan in another friendly, with the Italian club set to be in the same part of the world.

Aston Villa manager Unai Emery will use the World Cup break to acclimatise to his new surroundings with John McGinn, Ashley Young, Calum Chambers, Leon Bailey, Robin Olsen, Danny Ings and Philippe Coutinho among those likely to remain at Bodymoor Heath this winter.

Villa will take on Cardiff at the end of November in memory of the late Peter Whittingham, who represented both clubs.

The Seagulls are looking into a warm weather training camp for those left behind.

There is a growing injury list at Cobham, with Wesley Fofana, Ben Chilwell and N’Golo Kante set for a period of rehabilitation and Reece James still seeking to prove his fitness in time for the World Cup.

Graham Potter said last month: “We’re probably in the planning stage. We’ll have some time off, and then we’ll look at a warm-weather camp, I think. So it will be a combination of the two.”

Crystal Palace have announced they will host Brazilian outfit Botafogo in a pre-season friendly at Selhurst Park on December 3. The match will be the first time the club has played a top-tier Brazilian side.

Which players are going to the World Cup? One player: Joachim Andersen (Denmark).

Everton head Down Under to play in the Sydney Super Cup alongside Scottish Premiership champions Celtic.

“We are really looking forward to travelling to Australia later this year,” manager Frank Lampard said. “The winter World Cup has provided us with this opportunity to visit an amazing country and play against really strong opposition.

“We’ve also got a lot of passionate Evertonians in Australia and we can’t wait to catch up with them. Other than the players on duty at the World Cup, we will be taking our strongest possible squad. This promises to be a very worthwhile tour on every level, and we are delighted to be making the trip.”

Aleksandar Mitrovic, Kevin Mbabu, Daniel James and Joao Palhinha are all in line to feature at the World Cup, but Marco Silva will be hoping to maintain Fulham’s positive return to the Premier League.

Leeds are considering heading to San Francisco for a training camp – although a final decision hasn’t been made. Leeds boss Jesse Marsch is American.

Brendan Rodgers will allow his players time off before the first-team squad leaves the East Midlands for a warm-weather trip – although the destination is still unclear at this stage.

A host of Liverpool players will be in action at the World Cup with Virgil van Dijk, Fabinho, Alisson, Jordan Henderson, Darwin Nunez and Trent Alexander-Arnold among those set to be on international duty.

Jurgen Klopp will take the rest of his squad to Dubai for a training camp and friendlies will be announced in due course.

“We’ve decided to go to Dubai,” assistant manager Pepijn Lijnders said earlier this year. “It’s close [to Qatar] so players can come quickly back, so they can prepare quick with the team again, and it gives us real time to prepare for the second sprint of the season.”

French outlet Le Progres have reported that Liverpool will face Lyon in Dubai but this has not yet been confirmed by the clubs. The Daily Mirror also claim that the Reds will take on AC Milan in another friendly, with the Italian club set to be in the same part of the world.

Manchester City are yet to fully finalise plans but Pep Guardiola has revealed the first-team members not heading to Qatar will take a break once the World Cup starts.

At the start of December, the squad will travel to Abu Dhabi for a training camp in the United Arab Emirates, where the club’s owner Sheikh Mansour is the Deputy Prime Minister.

“We will try, maybe in two, three weeks for these guys in winter in Manchester,” Guardiola said earlier this month. “Take a break, for staff go there. Good weather, our owners are there. We are going to do that.

Guardiola also said he expects Erling Haaland to enjoy some down time in Spain having missed out on reaching the World Cup with Norway.

“I’m pretty sure he will love to be at the World Cup and maybe the next one or Euros he will,” Guardiola said on his striker. “But he has a house in Marbella – go there, play golf, hopefully don’t drink much, eat much and come back fit.”

The Manchester United players not heading out to Qatar will travel to Spain for a training camp at the start of December.

Erik ten Hag’s side are then due to fulfil two friendlies against La Liga sides Real Betis and Cadiz.

“Erik and the team have made good progress during this first half of the season, and it is important we maintain this momentum coming out of the World Cup break,” United’s football director John Murtough said. “A winter training camp will be a vital part of the team’s preparations for the second half of the season.

“We have lined up a high-quality local opponent to play against, ensuring match fitness and sharpness is retained. The camp and game will also allow for some of our young talent to experience training and playing in a first team environment, as well as provide entertaining club football for fans.”

Newcastle have announced they will host La Liga club Rayo Vallecano in a friendly fixture at St James’ Park in December.

The Magpies will also head to Saudi Arabia for a training camp between December 4 and 10 which will include a friendly against Al-Hilal. Despite widespread criticism of the decision due to the country’s poor human rights record, manager Eddie Howe has defended the call.

“[It’s] a chance to really train the group, enhance the team spirit with hopefully some good weather – so that’s what we’ve done. We’ve made it from a purely footballing backdrop.”

There are not too many Saints players heading to Qatar, but new boss Nathan Jones will want to use the break to training hard with his squad to ensure they hit the ground running after the break.

Which players are going to the World Cup? One player: Armel Bella-Kotchap (Germany).

Antonio Conte would like to take his Tottenham squad on a warm-weather training camp.

“I gave my idea to the club,” he said last month, “For sure I think every team will go to have a bit of rest – 10 days to two weeks – and then you need to make the best solution.

“Then I would like to go to a place where the temperature is good, to stay there and have good training sessions and wait for the players to come back from the World Cup. At the same time you have to understand if the club can help me to do it or we have to stay in London but for sure I gave them my idea.”

Full details of West Ham’s mid-season preparations will be announced in due course but the club have confirmed they will face League One side Cambridge United on Tuesday 6 December.