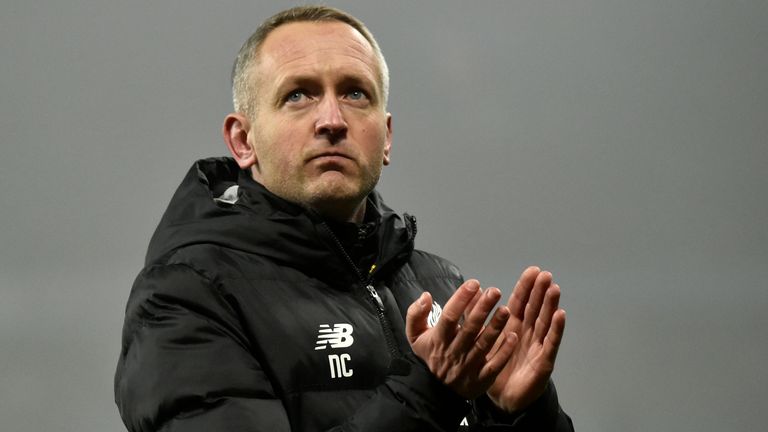 Former Liverpool and Aston Villa assistant manager Neil Critchley has been appointed the new head coach of Queens Park Rangers; Critchley has signed a three-and-a-half-year contract at Loftus Road and replaces Michael Beale in the hot-seat after his departure to Rangers

Neil Critchley has been appointed the new QPR boss

Sky Sports News reported last month that Critchley was high on the list of candidates to replace Michael Beale, who left for Rangers earlier in December.

The former Blackpool boss has signed a three-and-a-half year deal.

Critchley had previously succeeded Beale as assistant manager at Aston Villa in the summer, after Beale moved to Loftus Road, but was out of work following the sacking of Steven Gerrard in October.

Prior to joining Villa, Critchley enjoyed a successful spell in charge of Blackpool, leading them to promotion from League One before a solid 16th-place finish in the Championship the following season.

“I am very excited and can’t wait to get started,” Critchley told the club’s official site, having been appointed following QPR’s 3-0 home defeat to Burnley on Sunday which left them ninth in the Sky Bet Championship.

“It is a huge honour for me and I would like to thank the owners, Les Ferdinand and Lee Hoos for entrusting me to lead the club.

“I would also like to thank Paul Hall and his staff for the hard work they have put in during the interim period.

“Now I am looking forward to getting to work with the players and staff. I already know some of the players from working with them previously and I am aware of a number of them, having followed their careers from afar.

“There have been some good foundations laid here and now it is my job to work as hard as I can to build on that.

“We want to move the club forward and ensure we are competing at the top end of the Championship table.”

Critchley joins the west London side after they slumped to a fourth-straight defeat, falling 3-0 to Burnley in their first game since Beale’s departure.

Table-topping Burnley are 13 points clear of QPR, who remain firmly in the play-off hunt despite their poor run of form, sitting just three points behind sixth-placed Preston.