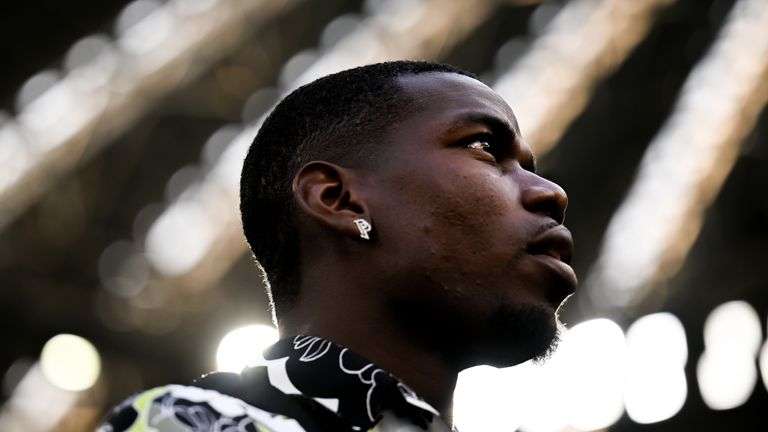 Former Manchester United midfielder Paul Pogba claims he has already paid almost £90,000 to the group, but they demanded millions more; his brother Mathias is being investigated on suspicion of “gang-based extortion and participation in a criminal association”

The brother of former Manchester United midfielder Paul Pogba has been imprisoned and “placed under formal investigation” over claims he was part of a gang who tried to extort millions from the footballer.

Mathias Pogba is being investigated on suspicion of “gang-based extortion and participation in a criminal association”, a judicial source has told Reuters.

Four other people who appeared with Mathias Pogba before a judge on Saturday were also put under formal investigation. Three were ordered to be detained.

Mathias has denied the allegations against him in statements posted on social media.

Last month, prosecutors in France began investigating allegations that Paul Pogba, who won the 2018 World Cup with France, was the target of extortion by an organised group, that included his brother and childhood friends.

They allegedly demanded €13m (£11m) from the midfielder, who rejoined Juventus in the summer transfer window, and repeatedly intimidated him, claiming he did not support them after he became an international footballer.

An official close to the investigation told the Associated Press Pogba admitted to investigators he had already paid €100,000 (£86,800) to the group.

It came after the Juventus star’s brother claimed he was planning to make “great revelations” that would make fans and teammates look at him in a different light.