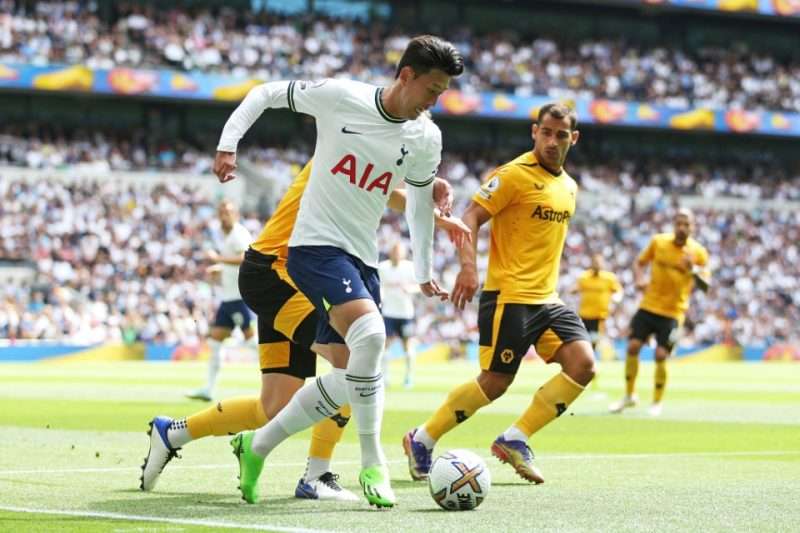 ENGLAND fans already know only too well how cool Ivan Perisic is under pressure.

Tottenham’s first signing this summer was the key man responsible for helping turn the 2018 World Cup semi-final in Croatia’s favour and break our hearts.

After Kieran Trippier’s early free-kick had given a nation a chance to dream, it was Perisic who levelled midway through the second half – before setting up Mario Mandzukic’s winner in extra-time.

So when Spurs were making hard work of Bruno Lage’s Wolves on Saturday, failing to have a shot until the 45th minute, prompting a few boos at half-time, Perisic was never going to be fazed on his first start.

It was the 33-year-old’s clever flick-on at the near post that gave Harry Kane a tap-in – or nod-in, would be more appropriate – for the matchwinner as Spurs won 1-0.

While his all-round performance showed just why Antonio Conte wanted to bring him to the club in the first place.

At 33 and offering next to no resale value, Perisic is pretty much the opposite of the kind of player Tottenham have targeted in the past.

Yet getting him through the door was understood to be significant to convincing Conte to stay this summer, after he had hinted he could walk if not properly backed.

It showed the club were willing to change their approach to satisfy the ex-Chelsea boss.

Conte knew exactly what he was getting in Perisic, having worked with him at Inter Milan where they won Serie A together the season before last.