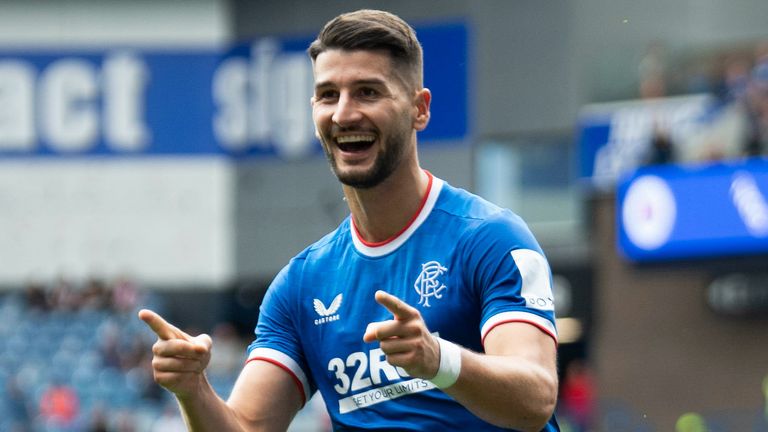 Rangers cruised to a 4-0 win over Ross County at Ibrox on Saturday to leapfrog Celtic atop the Scottish Premiership table.

Giovanni van Bronckhorst’s side broke the deadlock with a touch of luck after John Lundstram’s long-range drive deflected past Ross County stopper Ross Laidlaw midway through the first half.

Substitute Steven Davis sealed a comfortable afternoon for the Gers by slotting home James Tavernier’s cross to secure the three points with a table-topping performance.

Celtic now sit two points shy of their Old Firm rivals with a perfect 12 points from four games and can retake the summit on Sunday when the Hoops travel to Dundee United. 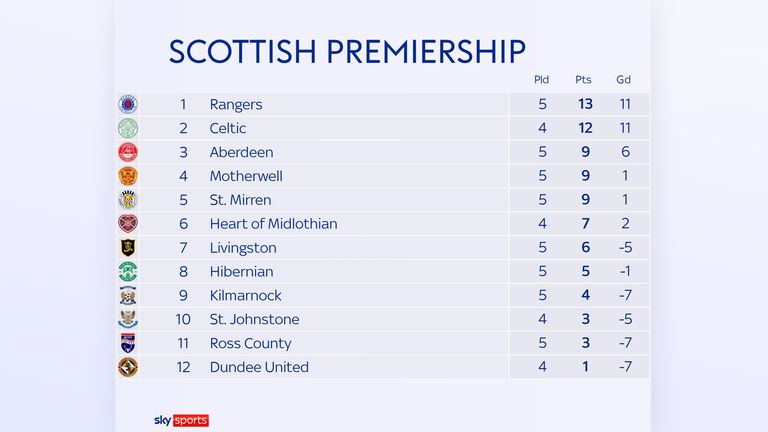 Colak continued his scoring form with a double as Rangers returned to domestic duties after European euphoria with a comprehensive 4-0 home win over Ross County.

Giovanni van Bronckhorst’s side qualified for the Champions League by beating PSV Eindhoven on Wednesday night thanks to a solitary goal from the 28-year-old striker.