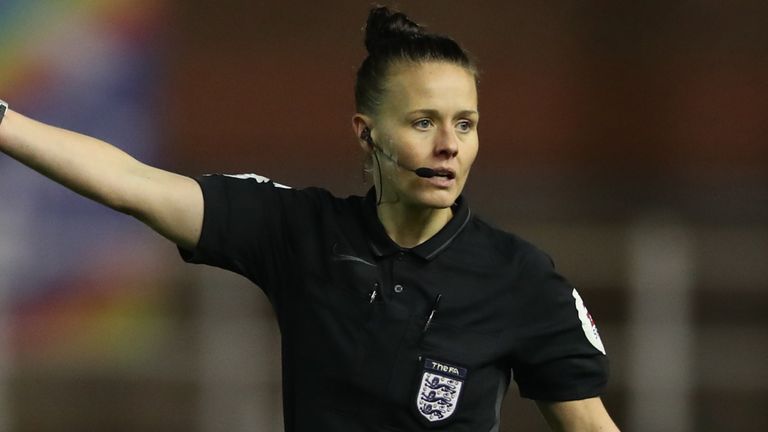 Rebecca Welch becomes the first woman appointed to referee a men’s Championship match as she prepares to takes charge of Birmingham versus Preston on Saturday.

Welch, from Washington in Tyne and Wear, already holds the honour of being the first woman to referee an English Football League match when she led the team of officials for the League Two match between Harrogate and Port Vale in April 2021.

Last year, she became the first woman to referee an FA Cup third-round tie, also at Birmingham, as Blues lost 1-0 to Plymouth on January 8.

Welch, however, is not the first woman to referee in the Championship. Back in 2010, Amy Fearn took charge of the final 20 minutes of Coventry’s contest with Nottingham Forest in the second tier following a calf injury to the appointed referee, Tony Bates.

The official has refereed men’s matches in the National League plus elite women’s games including the 2017 FA Cup final.

The 39-year-old Welch refereed games at the Women’s European Championships over the summer and also officiated games in the Women’s Champions League and World Cup qualifiers.

In December 2020 she was added to UEFA’s elite women’s list, joining other female football officials including France’s Stephanie Frappart, who became the first female ref to take charge of a men’s World Cup match at last year’s tournament in Qatar.

Welch became a qualified referee in 2010 and continued her day job as an administrator in the NHS until two years’ ago.