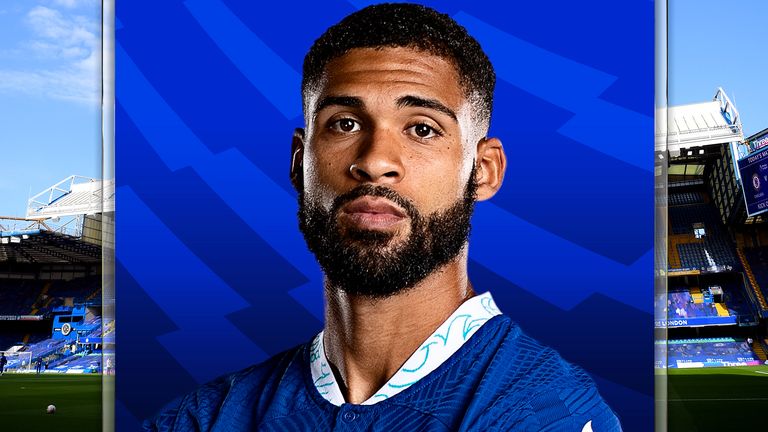 Ruben Loftus-Cheek tells what his best position is, how he overcame Chelsea doubts after injury hell and returned to his best; watch Newcastle vs Chelsea.

When Thomas Tuchel first told Ruben Loftus-Cheek that he might play him at right-wing back, the midfielder couldn’t help but laugh.

Loftus-Cheek had just returned to Chelsea for pre-season in the summer of 2021 following a season-long loan down the road at Fulham and was just getting to know Tuchel, who was sacked by Chelsea in September this year.

Even though he faced the daunting prospect of trying to break into a team that had just beaten Man City 1-0 to win the Champions League, Loftus-Cheek was sceptical about his coach’s idea.

“Wing-back?!” he responded, almost waiting for his new boss to tell him this was all a practical joke.

But the ‘gotcha’ moment never came. “Yeah, I think it would be good”, said Tuchel.

Loftus-Cheek’s towering figure and large frame aren’t exactly the attributes of the archetypal wing-back. He’d spent most of his career as an attack-minded or box-to-box midfielder.

“I didn’t know what to think of it,” Loftus-Cheek exclusively tells ahead of Chelsea’s trip to Newcastle on Saturday Night Football. “He mentioned it and I laughed.

“I’d never played in the back-line in my professional career.”

He had played out wide earlier in his career at times, but solely with an attacking remit. This was something completely alien to him.

Loftus-Cheek was still finding his feet after 13 months out injured when Tuchel floated the idea. He’d suffered a ruptured Achilles in May 2019 during a post-season friendly in America against New England Revolution. Untimely doesn’t even begin to describe the set-back.

The previous season Loftus-Cheek had flourished under Maurizio Sarri, playing an important role in the club’s successful Europa League campaign, after a loan at Crystal Palace the year before that earned him a spot in England’s 2018 World Cup squad.

The injury was so severe that Loftus-Cheek had to learn how to walk again. Even when he returned to action with Fulham, the midfielder explains, “it took another year to get fit and feeling good again”.

“You never think of getting a big injury like that,” he tells. “That was just two years when I’ve had to just be mentally strong and stay positive, which is really difficult. It was a very tough time.

Such was the severity of the injury, Loftus-Cheek questioned what he could still offer Chelsea.

“I didn’t know what to think,” he adds, “because I’d never had an injury like that. All your weight goes through the Achilles. It’s where the stiffness comes from, the power, which is my game.

“If I didn’t have the power, then what can I bring?”

Loftus-Cheek’s loan spell at Fulham wasn’t a success. He’d secured the game-time he needed, amassing 30 Premier League appearances, but the Cottagers had been relegated.

There was talk Loftus-Cheek could be moved on, but Tuchel gave him the chance to prove himself. He didn’t test out his theory about the midfielder’s new position until the spring, though.

Tuchel deployed Loftus-Cheek, for the most part, in a deep midfield role during the 2021/22 season. Although, the German was yet to fully trust him in big games, affording him just one start against top opposition until his position switch nearly eight months into the season.

When the time eventually did come for Tuchel’s experiment, Loftus-Cheek made an instant impact. He had a hand in two goals as Chelsea thumped Southampton 6-0 in April just a few days before a monumental Champions League quarter-final second-leg at Real Madrid.

Tuchel stuck with him at the Bernabeu as Chelsea won 3-2 on the night, but were sent crashing out by the eventual winners of the competition after an extra-time header from Karim Benzema, losing 5-4 on aggregate. Loftus-Cheek again was involved in a sweeping move which led to Mason Mount’s opener.

The switch of position was affording Loftus-Cheek tons of space to drive into. All of his hard work during rehab to regain his power after the injury was paying off.

“In the modern game the wing-backs are influencing a lot in the final third,” Loftus-Cheek says of his newly adopted role, “It’s not like a proper defender. It’s like a hybrid – can attack and defend.”

“I played there and I played well,” he adds.

He may have been part of the back-line, but Loftus-Cheek was having a big say in the attack for Chelsea. More than that, he was taking on greater responsibility and finding his way back to the form he enjoyed before his injury, regardless of position.

Loftus-Cheek has become a mainstay in the Chelsea team this season under Tuchel and his successor Graham Potter – in central and wide areas – featuring in 13 of the 15 games, starting 10 of those.

The 26-year-old, though, maintains that his best position is in the middle of the park.

“I am comfortable anywhere on the pitch,” he says, “but I have always been a centre-midfielder. I can affect the game with my physicality most there, when I am able to get up and down in both boxes.”

Under Potter, Loftus-Cheek has been spent most of his time in central midfield and is proving his worth in the engine room. Mason Mount is the only Chelsea player to have run more in the Premier League this season than Loftus-Cheek, who tops his team-mates in duels won, fouls won and take-ons completed.

Most notable, his performance against Manchester United last month in the 1-1 draw at Stamford Bridge. After his manager’s reshuffle to stack the midfield with a diamond, Loftus-Cheek was key to regaining control from the visitors, who had been dominant in the first half.

No Chelsea player had more shots or intercepted the ball more than him. He was also the most-fouled player on the pitch against United. The midfielder is beginning to deliver when it matters.

Loftus-Cheek admits he was unsure he could return to the required level to play for Chelsea. “Oh yeah,” he says, “I think you do have doubts, but it’s just important – even when you have the doubts – to keep going.

“Coming back from that I knew it was going to take a long time because I lost a lot of muscle from it and that was the mentally challenging part – to keep doing the work.

“I always had to believe I could get back to the same point. Now I am feeling really good and better than I did before the injury. I’m really proud of myself that I’ve been able to get back here.”

Loftus-Cheek was neither. But his dalliance with the position has been key to restoring his confidence and getting him back to his best. Loftus-Cheek may not be a wing-back through and through, but Tuchel’s plan certainly worked.