Sarina Wiegman: England women’s manager says Lionesses are out to break all records and win the World Cup 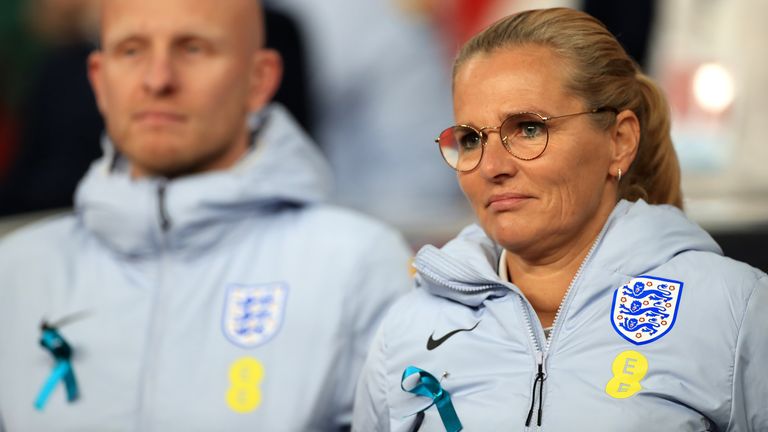 Sarina Wiegman’s England went unbeaten 2022 in which they won the European Championships; the Lionesses will want to take that form into 2023, a World Cup year; England will be one of the favourites to win the Women’s World Cup in Australia and New Zealand

England manager Sarina Wiegman said it will be tough for her team to top an unbeaten 2022 in which they won the women’s European Championship – but will ensure they step things up in their bid to win the World Cup next year.

England have not lost in 26 games since Wiegman took charge in September 2021. The Lionesses qualified for the World Cup in New Zealand and Australia with a 100 per cent record and beat reigning world champions the United States at Wembley earlier this year.

“You can’t beat that – you can only get equal on that,” Wiegman told reporters at Wembley.

“We want to win every game, but we talk about how we can improve the next game… Of course, we want to break all the records, but breaking a record doesn’t say what you have to do.

“How do we stick together as a team? I truly believe that’s where it starts. The players feel very comfortable with that way of approach. At the moment it works really well and they feel really comfortable. You can tell because we are enjoying ourselves – and winning helps.”

Before taking over at England, Wiegman heralded a new era for the Netherlands team, her home nation, leading them to a surprise Euro 2017 victory on home soil and following it up with a run to the 2019 World Cup final in France.

The New Year will bring another opportunity for the 53-year-old to claim the trophy that eluded her then.

“We absolutely have to get better,” she added. “We have to take our game to the next stage, to make the chance of being successful as high as possible. We want to develop our style of play so we stay unpredictable.

“Yes, of course we have to dream. We’re going to a World Cup just to play, we’re going there to win.”

Next year’s tournament will be held in Australia and New Zealand making it the first ever co-hosted Women’s World Cup.

The tournament starts on July 20 with the final taking place on August 20 in Sydney at the Accor Stadium.

The USA are the defending champions and are looking to become the first team in the competition’s history to win the tournament three times in a row.