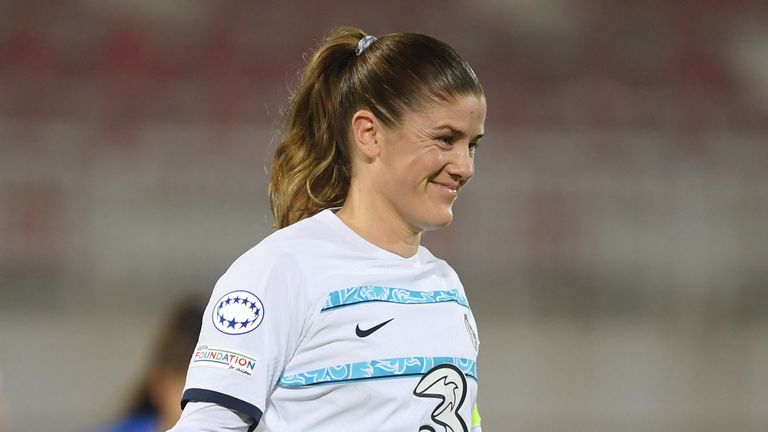 Maren Mjelde was one of four Chelsea scorers in Albania

Chelsea cantered into the Women’s Champions League quarter-finals with early Fran Kirby and Sophie Ingle goals helping them to a comfortable 4-0 win at Vllaznia.

Ingle fired home the first in the 12th minute when she powered a loose ball home from the edge of the area for her second goal of the season – with both coming in the Champions League.

The hosts failed to mount any sort of response, with late goals from Katerina Svitkova and Maren Mjelde instead piling on further misery and ending their already threadbare hopes of qualifying for the next round.

Chelsea’s victory means that they will progress to the quarter-finals as group winners – setting them up for a knock-out tie against one of the four group runners-up.