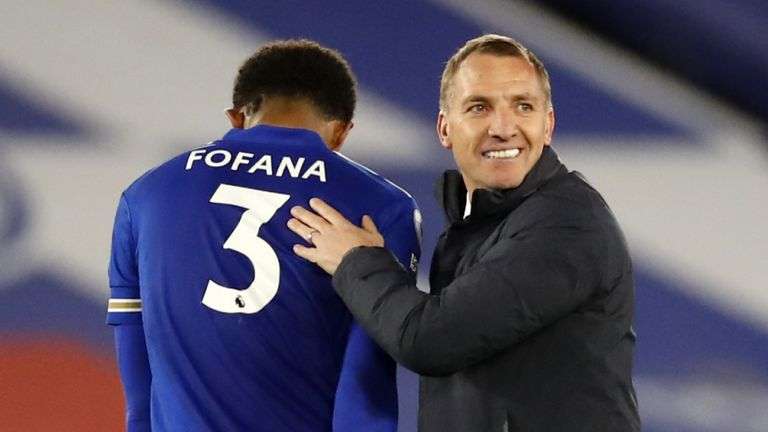 Leicester were adamant that they would not sell Wesley Fofana for less than the £80m world-record fee paid for a defender, when Harry Maguire was sold to Manchester United in 2019.

Sky Sports News understands the final agreement with Chelsea is for £70m guaranteed cash, with a possible £5m in add-ons. So, what changed?

Crucially, Fofana was desperate to move to Stamford Bridge. And once he had made that clear to Brendan Rodgers, Leicester faced a dilemma: stick to their guns, and force an unhappy player to stay, with the focus on trying to re-integrate him back into the fold once the window had closed, or negotiate to get the best possible price they could for their biggest asset.

Leicester did not want to sell Fofana in this window. They had plans to keep him for another season at least, feeling that his experience and profile would only improve in that time, as would his asking price. But his desire to leave was key.

The player’s advisors were becoming increasingly frustrated with what they saw as Leicester pricing their man out of a career-changing move. The Fofana camp didn’t understand why their 21-year-old player was being given the same price tag as Maguire – who was sold as England’s first-choice centre-back, with years of Premier League and international experience – the finished article.

Leicester, for their part, were equally frustrated that Fofana had happily signed a two-year contract extension in March, taking his full deal to 2027, and was now demanding a move, just a few months later, even though Chelsea hadn’t matched Leicester’s asking price.

Chelsea, at this stage, negotiated very cleverly. Having come in with relatively low bids that they knew were unlikely to be accepted, they stayed quiet, and let the internal frustrations at Leicester play out.