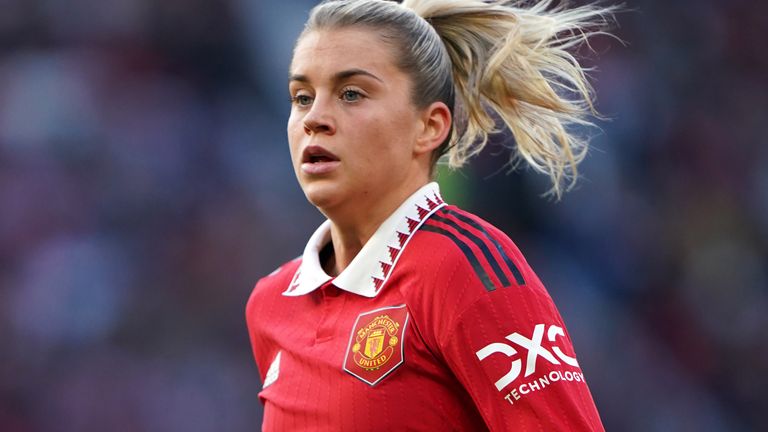 Manchester United raced into a three-goal lead through Lucia Garcia, Alessia Russo and Hayley Ladd; Emma Koivisto scored an own goal before Martha Thomas and Rachel Williams completed the scoring; Everton move up to fifth with 3-2 win over Reading; Leicester cruise to 3-0 win over Brighton

Manchester United hammered Liverpool 6-0 to move up to second in the Women’s Super League table.

United are now level on 25 points with Arsenal, who dropped to third, but their prolific afternoon gives them the advantage on goal difference, netting a total of 24 so far this season to the Gunners’ 20.

It took just six minutes for Lucia Garcia to fire in the opener before Alessia Russo and Hayley Ladd made it three before the halfway point.

Emma Koivisto’s 63rd-minute own goal added to Liverpool’s woes, which were exacerbated when Martha Thomas and Rachel Williams put the game firmly out of reach.

Everton moved up to fifth position after a 3-2 victory over Reading.

Katja Snoeijs opened the scoring with a low shot from the edge of the area in the ninth minute, before Jess Park made it two for the Toffees.

Justine Vanhaevermaet pulled one back for the visitors on the hour but Gabrielle George netted for the hosts just a minute later, and Reading were only able to claw one more back through Deanna Cooper.

Leicester collected their first points of the season with a thumping 3-0 win against Brighton.

Aileen Whelan slid home Leicester’s opener in the first half, before Sam Tierney added the second from close-range on her 50th appearance for the club.

Substitute Monique Robinson secured the three points with a fine strike from the edge of the area as Leicester claimed a victory that moves them within three points of 11th-placed Brighton.